Life out of balance 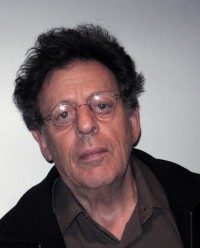 I’ve been debating whether or not to include him, which led me to think about what justifies someone’s placement here to begin with. I realized that it’s about what happens to me when I see them – they take me out of my experience while somehow plunging me more deeply into it. I question the very fabric of what is real or normal. I step back from the situation to ask myself – is this happening? Am I here? And I record the moment. The time is noted, held apart and distinguished in some way from the millions of other moments I’ll have that day. I’ll remember where or how I was standing, how I steadied myself with the seat in front of me as I leaned in to make sure I was seeing correctly, which is exactly what happened in this case, because the flight was already in the air – we were well along our way over the ocean. I thought, how could I have not realized he was sitting in front of me? How could I have missed this? My friend E had called me right before I boarded the plane, so I must have been distracted, talking to her during the whole walk from the gate through the jet bridge to my seat. I was THAT person, gabbing away on my phone unapologetically. Granted I wasn’t as bad as the woman who got on across the aisle from me. She was talking to her dad about a work situation that must have gotten incredibly stressful because I overheard her hissing “… And I had already been sitting there for four hours in the meeting and now suddenly I had to deal with this?” while she turned to the window to hide, sobbing.

E and I talked about my show and I told her I felt pretty good about how it had gone and that for once I hadn’t fallen into a post-show depression, which was kind of true I guess, though I’m always waiting for the emotional shoe to drop and maybe it’s happening this week instead. Did I tell her about the boy I’d gone on a date with? The most perfect, awesome date with the cutest boy in NYC, which is really saying something because most of the time dates feel like job interviews for a position you know you’re gonna hate. Oh god I hate dates so much. One time I met this guy on that website, the one for people who allegedly don’t wanna JUST fuck, and I offered to pay for his dinner because he was broke and he showed up an hour late to the restaurant – the same one where I later had the really great date actually – and I had already ordered food and he got there and of course he didn’t look like the picture and he didn’t look me in the eye ever and it seemed like he was on anti-psychotics or something hardcore like that because he was sleepy and manic at the same time and he told me that his roommates were about to kick him out because they didn’t like him, which p.s. is just about the stupidest thing to tell someone on a date. I paid for dinner and then quite literally RAN out of there cursing myself, all of dating and all of mankind, went home and promptly took myself off of that site for almost a year before I tried it again only to find that it was pretty much as stupid and useless as before.

And I can’t remember if I saw P before or after I watched the movie about the future where the guy falls in love with his computer, which was good more for the idea than the execution, though it was definitely made the more haunting by the fact that the words uttered by the most pathetic character in the film were almost exactly the ones that I had told the boy a few days earlier on the date, words asking for promises so weighted with need, so fraught with a history that I had no business burdening him with, that when I heard them spoken by the movie character I felt my whole body recoil from the screen into my uncomfortable seat.

P was arranging himself to sit, having just come back from the bathroom. He was talking animatedly to his seat neighbors, two women around his age, a little younger perhaps, who may or may not have been a couple, or friends of his already. I was about to sit, too, having gotten up to get something from my bag, and in the ensuing daze after I recognized him I remembered my ex, who worked with him on a recent project, telling me that on tour he stays in his hotel room all day long working on music, which I took as evidentiary confirmation of my laziness as an artist because if I’m in my hotel room I’m usually just watching porn or serial television. I remembered my recent massage from J who told me that he could hear P’s kids yelling at him through his window because they live in the building next door. And I remembered walking up Second Avenue with my other friend J and seeing P who crossed us in the other direction and just about ten paces after the encounter J and I turned to each other and burst into ascending/descending “do-do-do-do-do-do, do-do-do-do-do-do!” scales which immediately cracked us up. All of these memories erupted before I sat back down, at which point I thought, fuck he flies economy class? If he’s in economy I’m fucked.

Come to think of it I saw him yet another time in that Polish restaurant, which renders this entire post truly meaningless. I shouldn’t be surprised at all to see him.

But that time twenty years ago, when C’s and my friendship was more real than conceptual, we drove around the Berkeley Hills at night, stoned, talking about everything, listening to P’s music, and the choral vibrancy of those scales transcended its tinny provenance of the crappy car speakers to soar into my still young, inchoate heart.