The year I went to school at ____ was so strange. I was constantly broke, dinner was corn chowder and breakfast was four advil and a coffee. In retrospect I guess I was just hungover all the time, but back then I thought that that was what morning felt like. I’d given up on making it to early classes with dignity so I’d just roll out of bed, put boots on, and show up for ballet or pilates whatever wearing these thick knitted neon green leggings I was into and something from my assortment of activist t-shirts. Whatever I’d fallen asleep in at whoever’s house. I was super slutty then, but I tried to keep my whoring close to school so I could make it to class on time.

A bunch of folks from the fancy school I’d transferred from were working in the city. One of them had a job organizing the after-parties for that TV show. I’d only just begun to understand that all of the kids from school who’d been the most hardcore marxist lacanian obscure film-obsessed theoryheads were about to spend the rest of their lives pushing paper or sucking dick in the entertainment industry. This came as a total surprise but I don’t know why I got all Holden Caulfield judgy about it. I mean, everybody needs a fucking job.

So anyway, R was constantly looking for the latest coolest hotspot, which must have been why his coke addiction went into full swing that year. All that pressure. When he found out that M was performing that one Saturday, he told us all about it so that we could go to the after-party. We were ecstatic. We were going to be in the presence of our hero! Maybe we would become the greatest of friends and she’d love us and call us and we’d all dance at the clubs together.

It was at this new hotel. We walked upstairs to the bar and milled around, trying to fit in. Then, as now, I was disappointed to find out that these trendy places amounted to like 300 sq feet and some new approach to sconces. We’re all crammed in there trying to play the part of the disaffected nightlife habitué in what’s really just a half-room at best. The group of us interlopers propped ourselves around the table next to hers, and once located what was there to do but just look at her every now and then. This was right around the time of her scandalous book, and she was hanging out with that dyke party promoter. After a while I felt stupid so I wandered around and found myself in the hotel gym. I couldn’t relate yet to the virility of weightlifting so I just stretched on the floor. M’s backup singers ended up in there too at some point and we had some obligatory conversation about dance. I used to do ballet one of them said. Ok. It’s weird when people think you’re talking about the same thing and there’s no way to tell them it’s not really how you think about it. This happened to me today actually.

I guess even ogling has its limits so after I went back we decided to bail. As we walked by her table, I tried to look at her more closely and saw the crow’s feet around her eyes, which is why I find the way she looks now especially disturbing. Just then, T caught sight of me and was like Hey! I hadn’t seen her there sitting next to M. I knew her from my fancy school though we’d never interacted there, not even once. She was in M’s book in those pool pictures so I guess they knew each other. I’d been running into her in the city since I transferred and she always acted like we’d been super close at school or something. I guess it was nice of her but it baffled and embarrassed me that she didn’t realize we were in totally different worlds.

How are you?! I’m fine. Are you leaving? Yeah, we’re gonna go. You should call me, I’m at the _______ Hotel. Oh how long are you there for? And then she looked at me innocently, puzzled. I live there. See this is what I’m saying: I didn’t fucking know people lived in hotels.

Later that winter I slept with a guy who was staying there, the after party hotel I mean. The room was so small, coffin like. I asked the guy how much he was paying a night and laughed. It was enough to feed me for a month, easy. 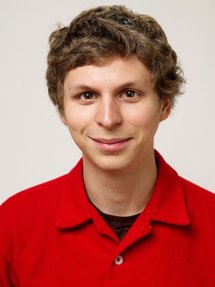 I was on the train heading into the city. I hadn’t slept enough because the night before I had gone out, which almost never happens. After my studio time I had called _ and he was tired and I was tired, too, so we each decided to just go home, which I couldn’t help feel disappointed by. I told myself it’s ok, this is us doing our own thing. It’s mature. Anyway right before I got on the train I called A on a whim to see what he was up to and he said oh we all went to see C in D’s show and it was so great and now we’re at ____. I said oh I won’t be doing that but on the train I thought why the hell not? I’m getting too boring. I never do anything spontaneous anymore. It’s time to shake it up.

I know the real reason I went was that I was confused about the situation with _ and I didn’t wanna brood on that. You know how it is, you’re confused so you decide to make yourself more confused. Anyway it was fun. At the bar I was calm and sexy, which only happens when I’m calm. I said hi to the boys and then to more of them and I felt more normal than usual and friendly and good at this. I went over to order fries. This guy slid up outta nowhere and started flirting and touching my crotch and trying to kiss me. He was hot sure and I was flattered, maybe too much so, but it was too scattered and sudden to seem real and anyway isn’t the whole thing that I want someone to make me feel special? I felt like he could have been doing this with anyone and I’m sure I kept pulling my face back like huh? He slithered away. I ended up hanging out with J, whose bed I broke last summer. I tried to get him to come home with me but he didn’t, of course, good for him. He could smell that I was insincere.

So it’s the morning and I’m thinking about all of these boys and how the night was fun and meaningless and then he gets on the train. At first I thought it was a joke, like, what the hell are you doing getting on the train? Why would you take the train? I almost said it out loud. I always assume they just take limos or something. He’s all fresh faced and adorable just like you’d expect. A couple of people did double takes and at least one other person besides me started staring. He was carrying a big hardcover book, maybe even a library book but I wasn’t sure. He walked the length of one bench and then just stood by a door. He was wearing a red hat just like me and so I thought ok it’s official, it’s really the winter of the red hat and I am on trend like I thought. He looked at everyone, not in a paranoid way. He was just observing, studying. He’s really nice-looking. Attentive. Smart. He didn’t have that smug, lips sewn together smile like you see sometimes. He looked like he might suddenly announce an important scientific discovery. I went from feeling indignant (On top of everything else I just don’t know if I can deal with these kinds of sightings on the train for godssakes) to curious. We exchanged at least one extended look like two mountain animals but then someone got on and stood between us so I decided to play it casual. I looked down to take some notes and didn’t notice which stop he got off.